I took a suggestion to write out five topics that I’d like to write about as kind of a way to proactively come up with topics in the event of future writer’s block.

Well, five topics turned into ten…which turned into twenty…so then the dilemma was, “What do I actually write about next?”

I think one of the most challenging places in my life right now has to do with the health in our family. As a disclaimer, I’d like to first say that we are very blessed to have the good health that we do. Really keeping tabs on how we’re feeling physically has allowed us to get answers and proper treatment along with better eating and exercise habits; however, the accumulation of diagnoses has been a bit difficult.

The Sheer Number of Appointments Alone

Consider this: between January 2021 and January 2022 alone, two of our daughters and I, combined, went to 164 appointments.

I can hardly wrap my brain around it.

Every time I think about it I wonder where on earth I fit all this stuff (simultaneously understanding why I haven’t been writing so much). And I also think about how incredibly grateful I am for the support from my employer during this season: from my boss, our COO, and the CEO (and, well, pretty much everyone I work with).

I think a lot of people would hesitate to share their health challenges online, but I really feel that there are sometimes times and places where it is beneficial to share health struggles so that:

While I won’t get super detailed into any of our health issues right now, I imagine there will be times when I do talk about them more, but for now I just wanted to share with my readers a little bit of what we’ve been going through.

I don’t recall if I wrote about my late 2019 surgery in my two 2020 posts. That was scary, but that’s a story for another time.

In March 2020, three days before we moved (THAT was fun), and four days after our shut-down, I had a second surgery to remove an implant I’d had put in in 2010. That surgery went pretty well, and I can’t recall much of the recovery except for the fact that we moved that Friday, and I 100% overdid it.

Only a few weeks after we moved, we had an incident where the dog was chasing one of the cats; then the cat chased and scratched the dog; subsequently, my husband jumped out of his desk chair to save the dog and proceeded to trip over a box and break his wrist. ?‍♀️ (I couldn’t make that up if I tried.)

I suppose I could say that most of 2020 was fairly calm with the exception of a back flare up that is still not resolved (which resulted in multiple epidural injections) as well has his physical therapy and chiropractic visits. For that I am thankful.

In September 2020, I had had it with the epidural injections. Nothing was working. I knew that the majority of the back pain could be attributed to excess weight for such a long period of time. I’ve tried so many ways to lose weight: Slim Fast, diet pills, unhealthy eating habits, calorie tracking, healthy diet and exercise, pure will power, Weight Watchers, keto, intermittent fasting. I’d be very good at losing 20-30 pounds and then gain it all back. 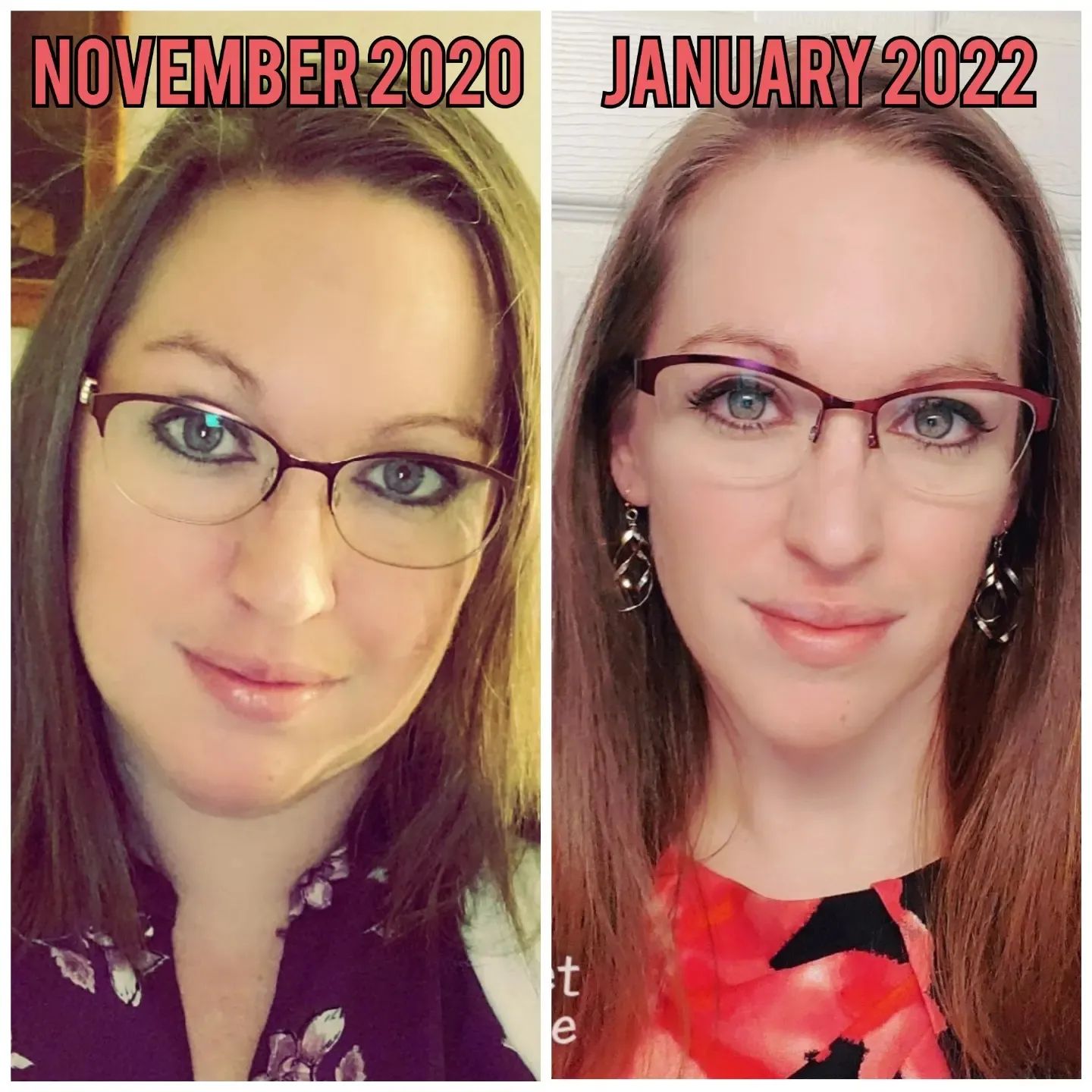 Sick of not being able to kick this weight, I started the process to have bariatric surgery. After much lab work, required support groups and dietician visits, and clearances from multiple doctors, I had the gastric sleeve done on June 8, 2021. (More in a post to come).

By October 2022, I’d lost so much weight that I developed gallstones. Thankfully they were only problematic periodically, but the doctors immediately recommended I have surgery, and I had my second surgery of 2021 on December 3. This recovery was much better than the previous one and much needed.

Having answers was so good. I hated seeing her in pain and being unable to help her. But this required a new way of living that we weren’t used to, and it was so overwhelming. (Yet another post topic.)

At the same time, she has been having some undetermined issues going on that are not for me to say at this time, but she has had many workups and doctors appointments to try to figure out that issue as well.

Oh, and I forgot to mention that she had COVID in September. I am SO thankful that no one else caught it in our house, and I’m also grateful that it was very mild–like a cold.

AND…somewhere in all that, our youngest decided it would be a great idea to play with the stray cats around our new place. One hardly broke skin when he playfully scratched her, but we had to get her a series of rabies vaccines. So THAT was fun. (She took it very well, I have to say.)

Yet More to Come

As we move forward, I still feel overwhelmed with all of our appointments and am trying to figure out how to balance life while taking care of myself and my family.

Our fourteen-year-old will undergo a colonoscopy and endoscopy at the end of the month as a follow-up to her celiac diagnosis and also to check for another issue. She’ll also have another appointment for her ongoing issues.

At the present time, I have a peripheral nerve stimulator on my back that runs twelve hours a day for 60 days. I’m hoping and praying this helps reduce my back pain both throughout the 60 days and longer. I continue to follow with a rheumatologist for Sjogren’s Syndrome and with my bariatric surgeon. I am also undergoing physical therapy for shoulder and neck pain that keeps me up at night.

So if you think of it, please say some prayers for us as we work through these issues–for balance, for peace, and for healing.

Can’t wait to update again–I have been learning a lot that I hope to share soon!